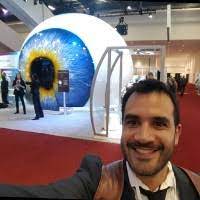 Hello everyone, I am Enzo Medina, ophthalmologist and I am currently working at Jeddah Eye Hospital, I always had the desire to work abroad and thanks to EuroSynapses it became a reality, I really appreciate this opportunity that will surely be very positive in my professional career as in my life in general. 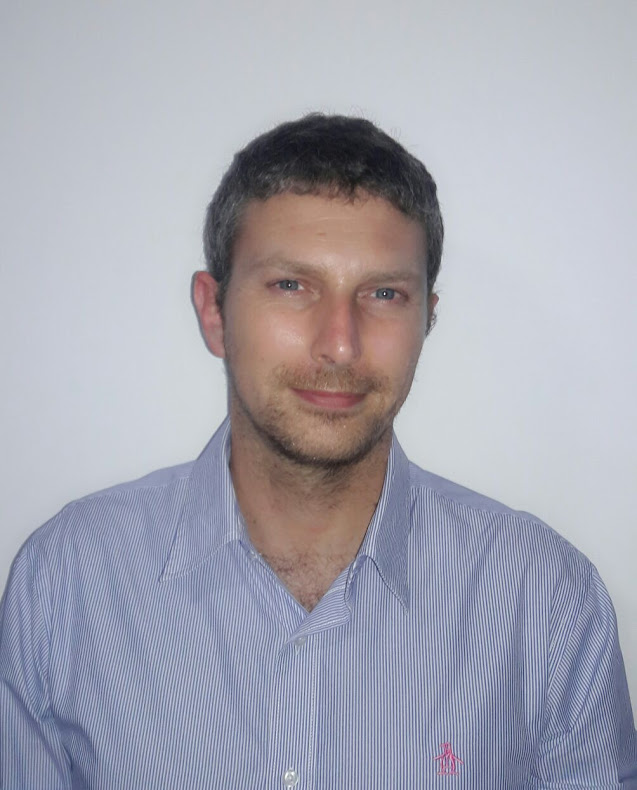 Hi everybody. My name is Agustin Garcia. I am working at Al Bahah King Fahad Hospital as Consultant Oncologist. Small city but weather is fantastic. Very nice people. Join us! Thanks Eurosynapses for this opportunity, working abroad is not easy and you made it possible! 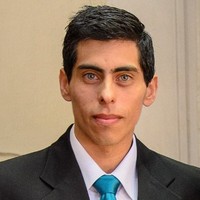 Hi everyone, I’m Christian Janikow from Argentina, a consultant surgeon in HBP at the King Fahad General Hospital of Jeddah in the Kingdom of Saudi Arabia. I was hired by the Ministry of Health though the Eurosynapses group. I’m happy to be part of the hospital, starting from the director, everyone is very kind to me and the work environment is pleasant. The vision of progress makes it a perfect workplace. The beautiful city of Jeddah and its people make it a good choice to stay. I’m happy with this new challenge and really looking forward to progress. 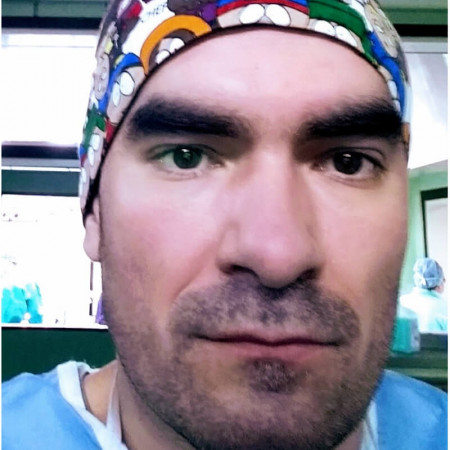 Absolutely, I am very satisfied with your agency, you are very professional and polite, please do continue with your excellent work. 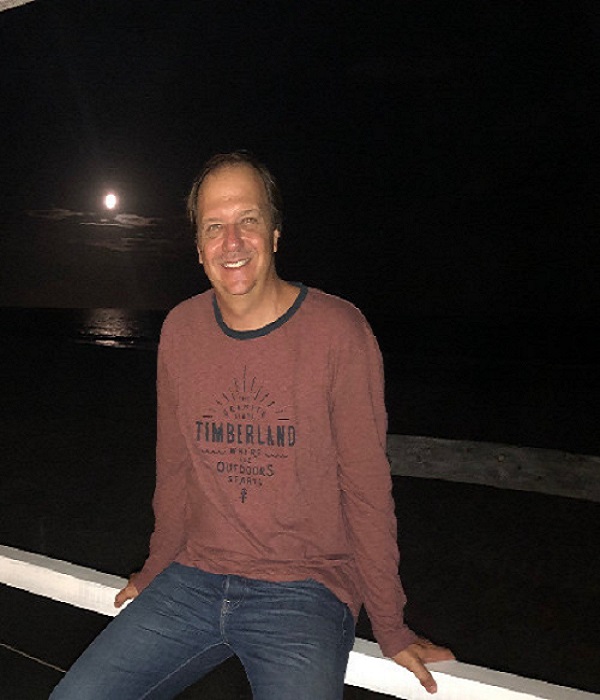 I met Paris Charalampidis and EuroSynapses through a job offer that came to me via LinkedIn in 2019. The selection process was serious and I came up with a job offer at KSA. I also had the opportunity to visit the city of Jeddah to assess the job destination on site. EuroSynapses is a serious company that produces results. In my personal case, Paris seems to me a great guy and that has opened the door to a new world for me. 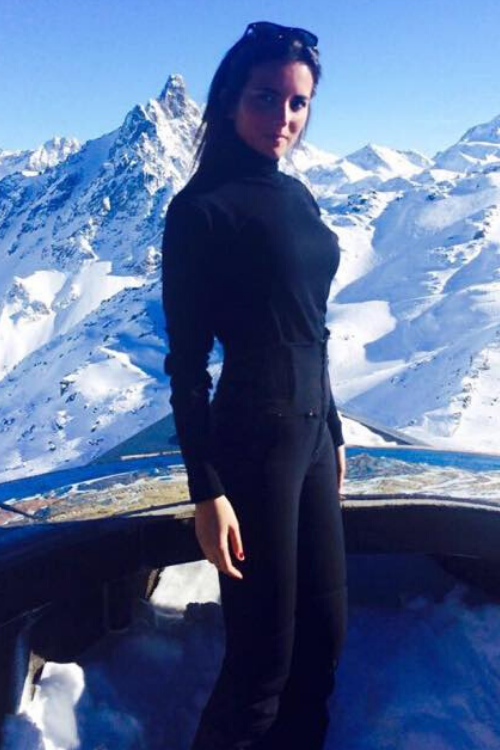 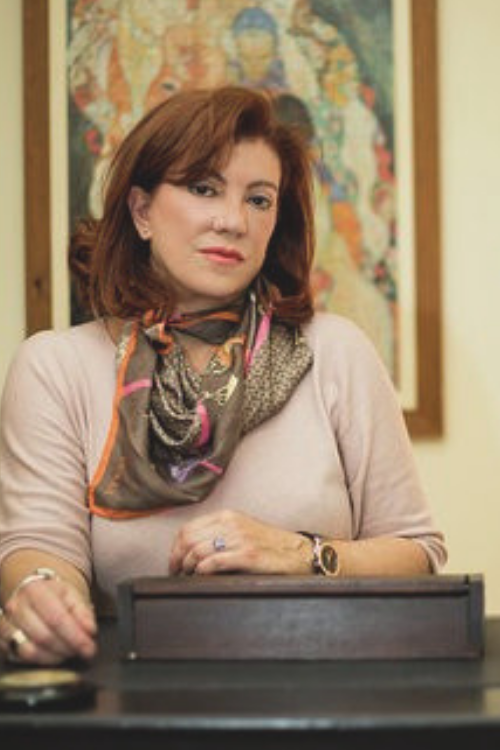 I wish to express my very positive fillings and also great thanks for my experience as Consultant Plastic Surgeon, through out four years (2014-2018) in Dr Sulaiman Al Habib Hospital in Riyadh of KSA. Thanks for your accurate information, support and follow up from the very first moment of my interview with Saudi mission in Athens until last day of my contract. I appreciated your presence every time i needed something. Was a great experience. Again many thanks to Eurosynapses and specially you for full support and reliability. 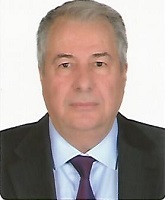 This is to express my thankful feelings and deep appreciation to Eurosynapses CEO Mr. Paris Charalampides , as well as to Mrs. Francis and Mr. Adam and all expertised personnel team of Eurosynapses company.
I am taking the chance to emphasize the exceptional professionalism of creative thinking and positive attitude of Eurosynapses company procedures in Athens premises through personal interview and exam with Saudi Arabia Kingdom Responsible Heads of the Ministry of Health.
Moreover, I would like to mention that expatriation assignment trip and accommodation at Hail Saudi Arabia Kingdom was held smoothly and was very well prepared by Eurosynapses experts for me as well as for my wife.
Regarding my placement to the King Salman Hospital where I was appointed for the challenging position of Consultant Ophthalmologist, this is to ensure all about the exceptional welcome hospitality and support procedures of the Ministry of Health responsible Heads that under an excellent working environment conditions and equipment following Hospital's very well qualified and kind Responsible Physicians and Headquarter Experts, where we are focusing on a promising future mission through an ambitious and fruitful medical era.
Eurosynapses company procedures adding the value expected with the selection of fully qualified physicians keep aligning with the Ministry of Health (MOH) objectives, policies and projects included in this strategy and the Code of Ethics for Saudi's Healthcare Practioners to include a wider range with the sole purpose of achieving higher level of excellence in our field as well as others and seeking to deliver best-quality integrated and comprehensive healthcare services into our host country Saudi Arabia Kingdom.
I am fully convinced that Eurosynapses company is the best choice of actual environment in Greece to offer the chance of a challenging assignment abroad.
Best wishes for prosperity and success to Eurosynapses operations worldwide. 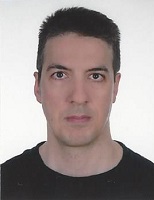 Seeking work in a country as controversial as the kingdom of Saudi Arabia was probably the most challenging decision in my career.
The Eurosynapses team worked coherently and efficiently to make the application and credentialing process as clear and stress free as possible. They were instrumental in preparing all details and obviating mishaps every step of the way. I would whole heartedly recommend them to anyone seeking employment abroad. 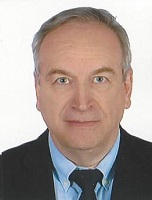 I have known Eurosynapses, its head Mr. Paris Charalampidis and his brilliant executives, for many years, when I decided to go to Saudi Arabia and start from scratch! I left behind the labour of a lifetime at the Transplantation Center of Thessaloniki (which I could not bear to see being degraded due to the economic crisis).
I was impressed by their enthusiasm, their hard work and their professionalism not only in helping as many Greek doctors as possible in finding jobs in the most well-paid country in the world, Saudi Arabia, but also in elevating the image of Greek physicians. The task was not easy at all. Yet they have succeeded and found a job for hundreds of colleagues, who, under their guidance, are now the best Ambassadors of Greece to this philhellenic country.
The requirements were many, since this is a health system organized in American standards, with certified units from the largest US certification structures that require high-level doctors. All these difficulties were solved thanks to the ability of Eurosynapses executives to be fully dedicated to every new comer, in resolving any emerging problems. It is worth noting that Saudi Arabia is one of the five safest countries on the planet, and Saudi Arabs love the Greeks. The impressive thing is that the country is being modernized at a rapid pace. Finally, it would not be an exaggeration to say that the company's service to the medical and nursing workforce of Greece is invaluable, in helping our country to emerge from the financial crisis. 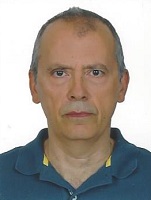 I can only give you positive feedback for the company Eurosynapses!!
From my personal experience, it doesn’t aim at a transaction-level cooperation with the doctors who want to work in Saudi Arabia, it seeks substantial and long-lasting relationships with them. The company provides all kinds of support and assistance before, during and after the relocation. The staff is well organized and trained on all areas and issues related to work and living arrangements in Saudi Arabia. Minas Adam, Cleo Miliakou and the rest of the team are always flawless in their cooperation and their behaviour, both to me and my family.
Paris, the CEO of the company, is always present to discuss and resolve any concerns. A year and a half later I can say that I consider them valuable partners and friends. Friends that I can rely at any time. In addition, they have strong foundations, having collaborated successfully with all major private medical groups and public hospitals in the country. Without a doubt, I say that Eurosynapses Company is a powerful passport for a successful career in Saudi Arabia. I highly recommend it. 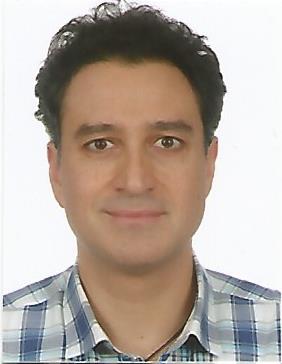 I would like to extend my thanks to all the staff of Eurosynapses Company for the kindness and professionalism they demonstrated in supporting health professionals to find employment in the Saudi Arabia. Since 2014, the trained and experienced personnel of the company has assisted in the transition of my family, twice to the mentioned country, for me and my wife and made every effort to support us in all relevant procedures and in solving problems. Moreover, even during our stay we had constant information from the company for new positions and job opportunities present in the country from other groups and businesses. Special thanks to Mr. Minas Adam and Mrs. Despina Francis, for the constant communication and support in preparing our transition to the country this 2019 with a new contract in a large government hospital that collaborates with the company. I highly recommend Eurosynapses Company to every healthcare professional looking to work abroad, as the company operates successfully in other countries and conducts regular recruitment procedures with great success. 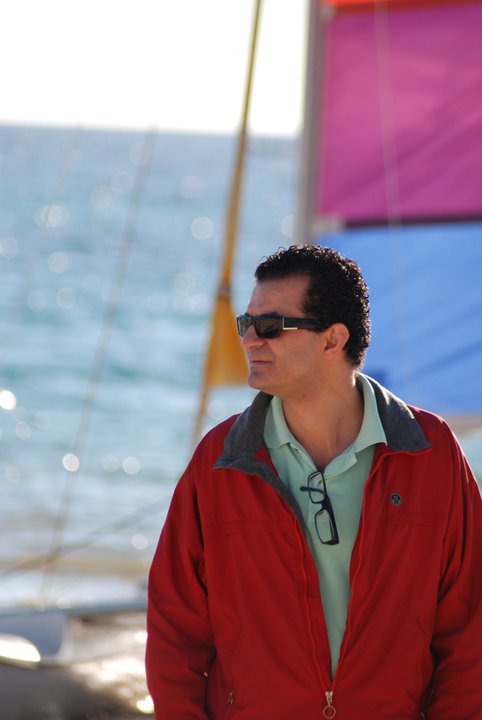 I’ve been involved with Eurosynapses since 2013 after I was interviewed for a position in Saudi Arabia. I was working in UK back then. Since 2014 I have been in Saudi Arabia. The difficulties I encountered were various and on different levels. Over time and with the help of Eurosynapses, many of these difficulties were solved. It is a different country with both negative and positive elements. When I started, I thought of it as a different experience and so it is. I can say now that the upsides are much more. I'm happy and I would do it again if I could turn back time. 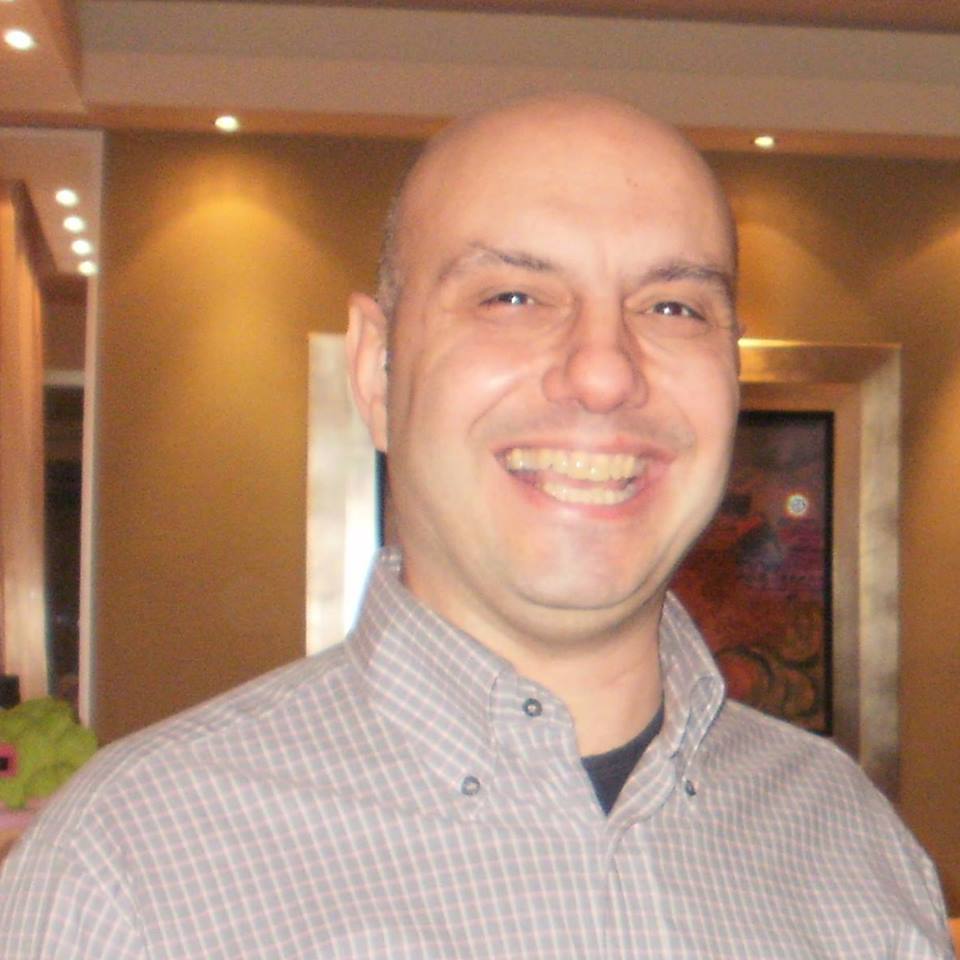 I would like to thank Eurosynapses' administration and staff for the support and professionalism they have shown, in the process of my recruitment for the National Guard Health Affairs in Riyadh in 2015. Our cooperation was harmonious, thanks to the rapid and spot on response of the company. I still work at the same hospital and Eurosynapses keeps me well informed of any new job proposals. They often communicates with me. I recommend the Eurosynapses Company as a reliable solution for those interested in working abroad. 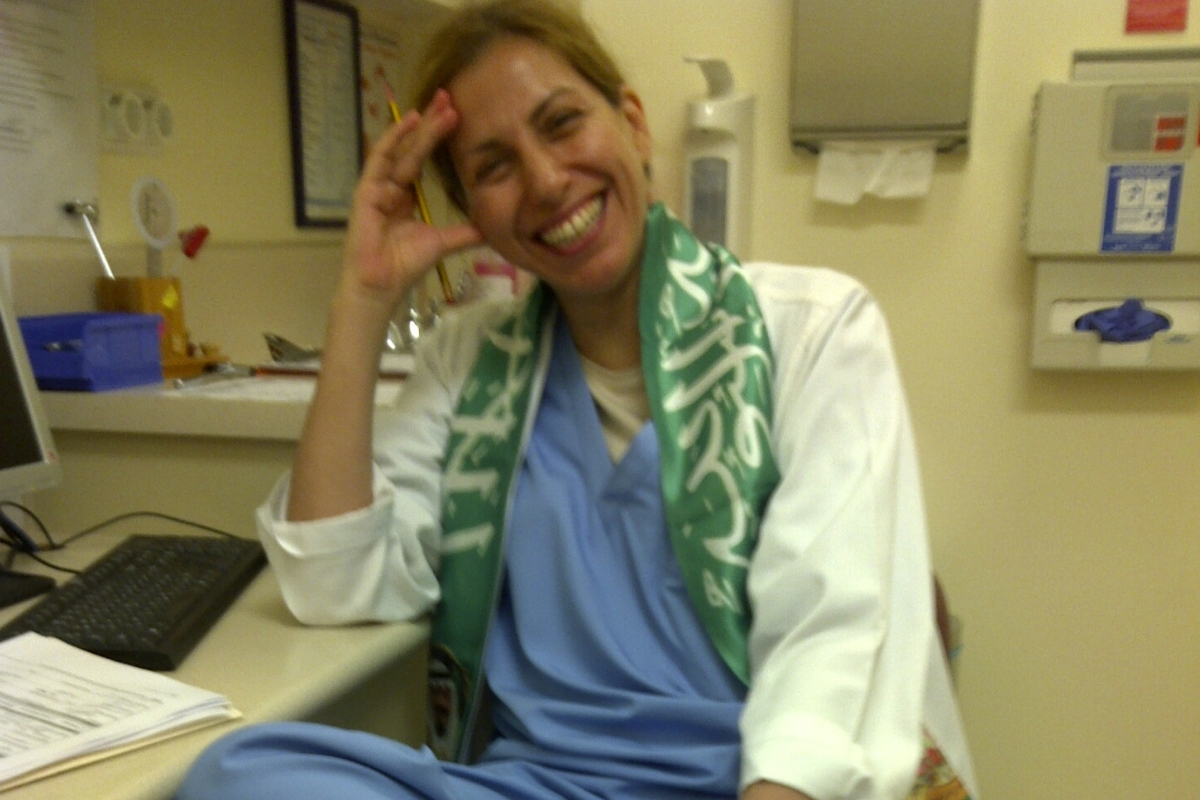 I would like to thank you for your approach and the time that you gave to explain to me the way the hospital works and the culture of the country I would be working!! I must note that the excellence, the creativity and the extrovert approach that your company has set, is a benchmark. With more than two decades of development in the area of health, seminars and postgraduate courses in Greece and abroad, you offer the best approach to interested scientists, according to their requirements, achieving the best cooperation with your company. The innate ability of CEO Paris Charalampidis to manage any challenge and the personal interest that he pursues with us customers of Eurosynapses, beyond the public relations, constitutes the success in any new recruitment abroad for him and his team (Minas Adam, Cleo, Despina and all the Team). They are always next to me and my family throughout the duration of my stay abroad, for our facilitation in the preparation of the documents until our departure, for the updating of all supporting documents and anything that could arise, there was support and help!

Today, two years have been completed since the scheduled interviews that were carried out in Athens, by the Ministry of Health of the Saudi Arabia for the coverage of posts in hospital in Saudi Arabia. The interview had a happy ending for me, since I secured a job position. On this occasion, I want to thank Eurosynapses, who organized the interviews with absolute success. The Eurosynapses Company and the people who constitute it, had a methodical step-by-step approach in the process until successful completion and employment of our doctors in the hospitals of Saudi Arabia. I strongly recommend Eurosynapses for any colleague interested or will be interested to work in Saudi Arabia. 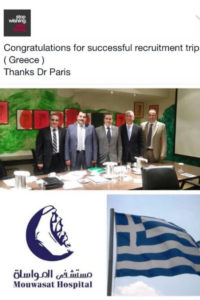 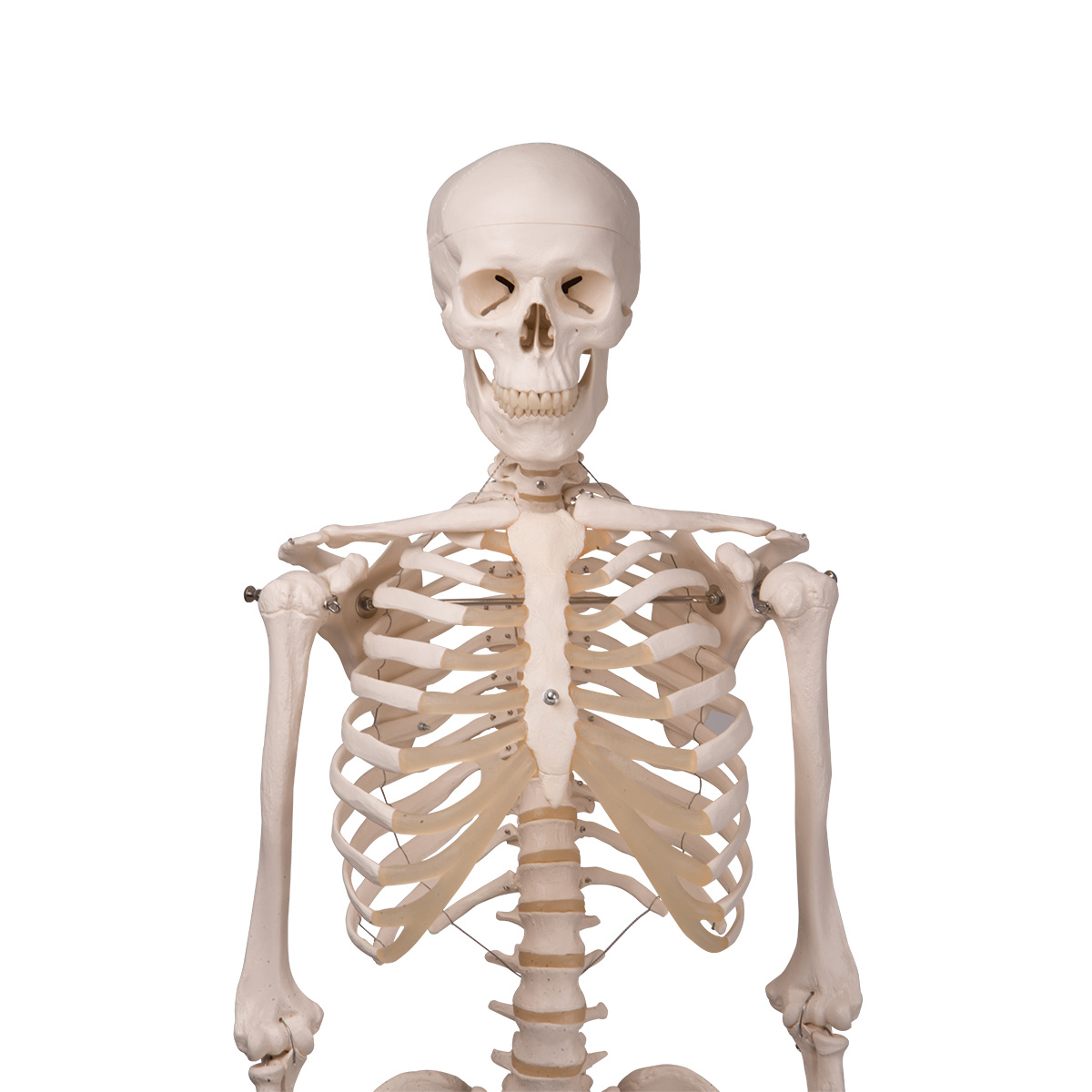 The only reliable agency for the physicians that would like to work in the Saudi Arabia is EuroSynapses. I highly recommend it. 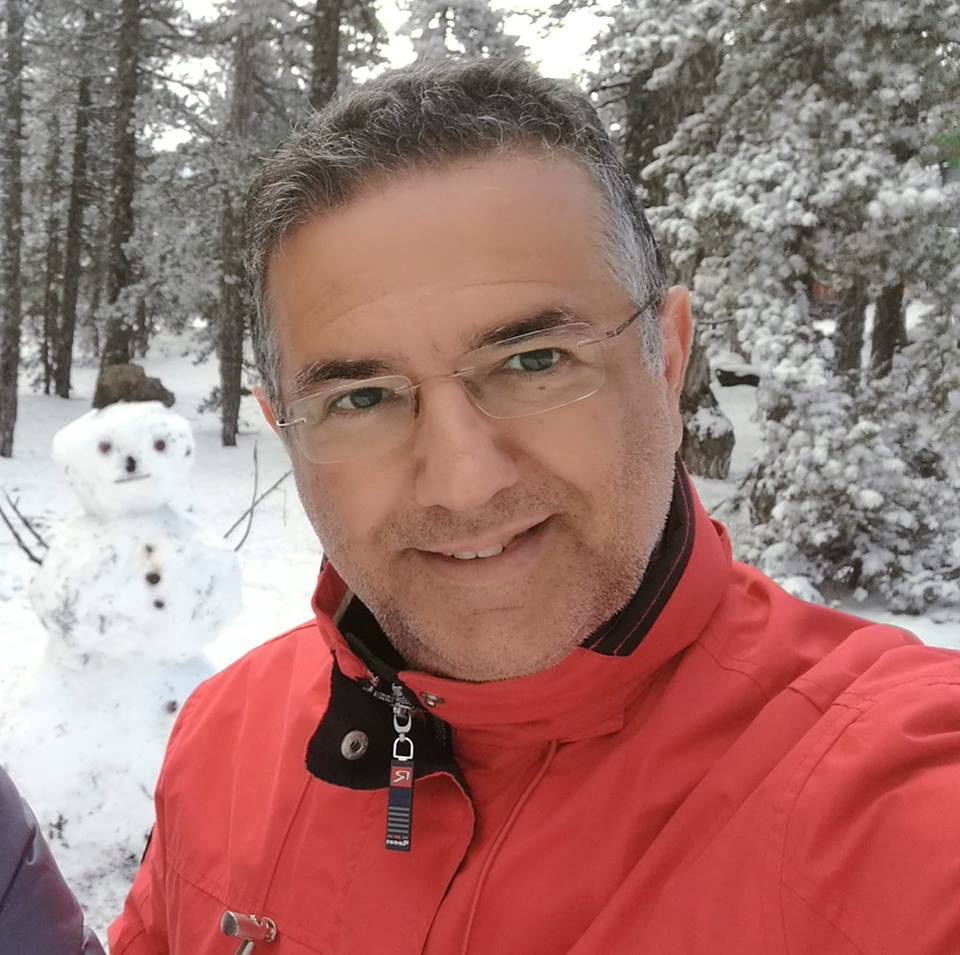 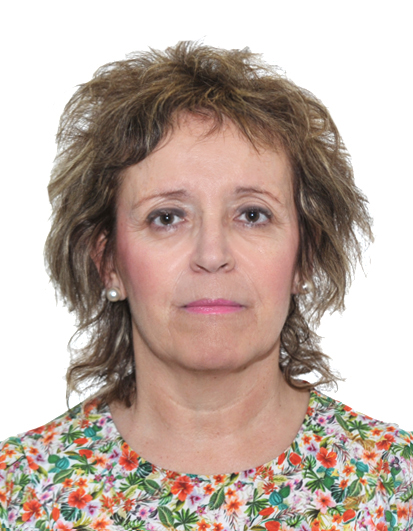 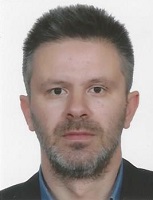 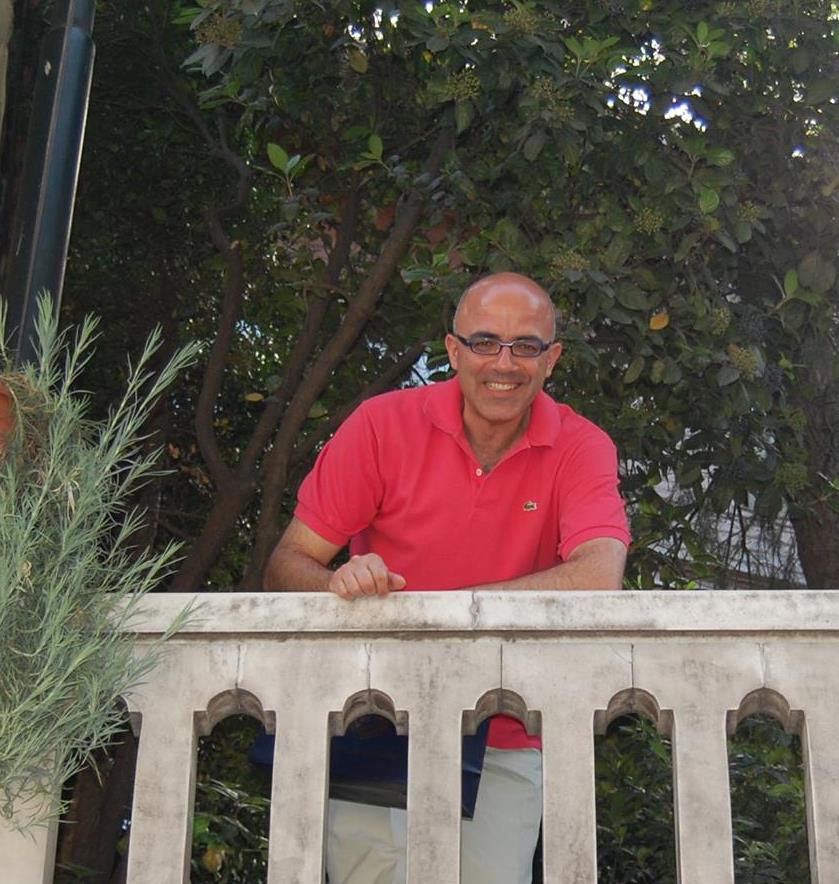